U.S. stocks continued their upward trajectory in March, gaining 4.4%.  International equities were up 2.3% while emerging market equities declined.  From a factor perspective, value continued to do well, as did minimum volatility and quality.   Momentum was the clear laggard during the month of March.

Utilities, industrials and consumer staples led the S&P 500 this month, while information technology, energy, and communication services lagged.  Lincoln Capital’s tax-exempt model underperformed the S&P 500 during the month.    Top contributors to relative performance were UnitedHealth, AmerisourceBergen, and CVS Health, which were up 12.4%, 16.6%, and 10.4%, respectively.  Top detractors in March were GoDaddy, Charles Schwab, and Microsoft which posted returns of -4.3%, +0.6%, and +1.5%, respectively.

We sold part of our Citizens position during the month as the price closed in on our estimate of fair value.   We boosted our position in Citizens in April 2020, making it one of our top holdings while it was trading in the low $20’s.  As the market has gained comfort on the ultimate losses to be realized on CFG’s (and banks in general) loan book, the shares have rebounded.  With most of this discount removed, we trimmed our position and added SCHW.

As all Lincoln Capital clients know, Schwab is a leader in the RIA custody business and the discount brokerage business.  We believe Schwab has a competitive advantage in both segments.  With $6.7 trillion in client assets, Schwab has a tremendous scale advantage relative to most peers.  This scale allows for significant reinvestment back into the business, which should improve its customer experience and pull in more customers from sub scale competitors not making these investments.  In the RIA business, which expanded greatly with the 2020 acquisition of TD Ameritrade, Schwab benefits as wirehouse advisor teams partner with Schwab as they shift to the independent channel.  Schwab’s strong platform and brand name are appealing to advisors going independent.  Schwab’s strength can be seen in its fundamentals, as the company has registered 10 years of core net new asset growth in excess of 5% (this excludes asset appreciation).

More than half of Schwab’s revenues come from interest income earned on client cash.  SCHW is very similar to a bank (in fact it owns a bank) in that it takes client cash balances, pays interest to the client, and reinvests client cash in higher yielding securities.  The difference between interest earned and paid is the net interest margin.  When the Federal Reserve targets 0% for the Federal Funds rate, the interest paid to clients goes to virtually zero, while the interest earned on securities drops – this compresses the spread.  The Federal Funds rate is the most sensitive variable for SCHW, with each 0.25% move expected to increase revenue by $650 million to $850 million (for reference 2021 sales are expected to be $17 billion).  We expect the fed to raise rates at some point in the next three years, in fact, we expect they will have to raise them higher and sooner than implied by their own projections.  This dynamic will provide a strong tailwind to Schwab’s earnings.

Lastly, the TD Ameritrade acquisition will provide $1.8 billion to $2.0 billion in cost synergies that are expected within 18-36 months post-closing (deal closed on October 6th, 2020).

In summary, we think SCHW is attractively priced given its strong organic growth, leverage to higher interest rates, and considerable cost savings to be realized in the near-term.  We think the company can earn in excess of $5.00 per share within 5 years – which should produce an attractive IRR for shareholders.

We sold our entire position in VZ to make room for T-Mobile (TMUS).  We don’t necessarily think VZ will be a bad investment from here, but we do believe its returns will likely lag TMUS in the intermediate term.  Verizon, as expected, bid aggressively in the recent C-Band spectrum auction – spending $45.5 billion on this asset.  It was long known that VZ had a mid-band deficit (which is where the C-Band sits).  Mid-band is ideal for broad 5G coverage.  Millimeter wave, where VZ’s holdings relative to peers is strongest, can not carry signal very far, so its best suited for dense areas.  VZ substantially closed the gap with TMUS on mid-band spectrum holdings, but the vast majority of their spectrum will not be available for use until 2023 as existing satellite users need to be cleared from that frequency.   We think this will keep VZ at a disadvantage relative to TMUS during the next few years.

After nearly two years since the announcement, T-Mobile finally closed its acquisition of Sprint in April 2020.  There were two primary benefits from this combination – cost synergies and spectrum.  TMUS anticipates $5.5 billion in cost synergies from the combination, most of which will come from decommissioning redundant Sprint cell sites.  These cost savings amount to >$3.50 per share.  Also, the real prize for TMUS is Sprint’s 2.5Ghz spectrum licenses.  This frequency is prime real estate for nationwide 5G coverage, and TMUS leads the industry in its position.  Management also believes that 2.5 is better than the C-Band VZ acquired in the latest auction, as C-band will require denser cells, and therefore be more costly to roll out relative to 2.5.  TMUS has more than 100 million people covered by its mid-band 5G offering today, and is targeting 200 million by year end 2021 (versus 100 million at VZ at year end 2021).  With its superior network and value pricing, TMUS looks well positioned to be the leader in 5G and gain share.  Free cash flow per share could approach $20 over the next five years, which sets the shares up for strong shareholder returns.

Zillow is not a stereotypical investment for Lincoln Capital, but it is one that we believe holds great promise.  Zillow was founded in 2004 and acquired its largest competitor, Trulia, in 2015.  Historically known for its real estate agent lead generation business, Zillow is aggressively shifting to its newest offering – Zillow Offers.  With Zillow Offers, sellers can request a quote and Zillow will provide an offer on the home usually within two days.  Unlike a traditional transaction – Zillow is actually using its balance sheet to buy the home from the seller and looks to sell the property to a new owner within 90 days.  As of today, the main benefits to the seller are the assured closing, flexibility on closing date, and no need to make repairs/clean before selling.  However, the ultimate destination is for Zillow to execute transactions at a fraction of the cost homes change hands for today.  Zillow has purchased a mortgage origination company, a closing services company, and has recently been adding agents to its payrolls to help attack costs in this market.   With over $1.5 trillion in homes changing hands per year and friction costs likely in excess of $100 billion, there is ample opportunity for Z to lower costs for home buyers and sellers while providing strong returns for shareholders. 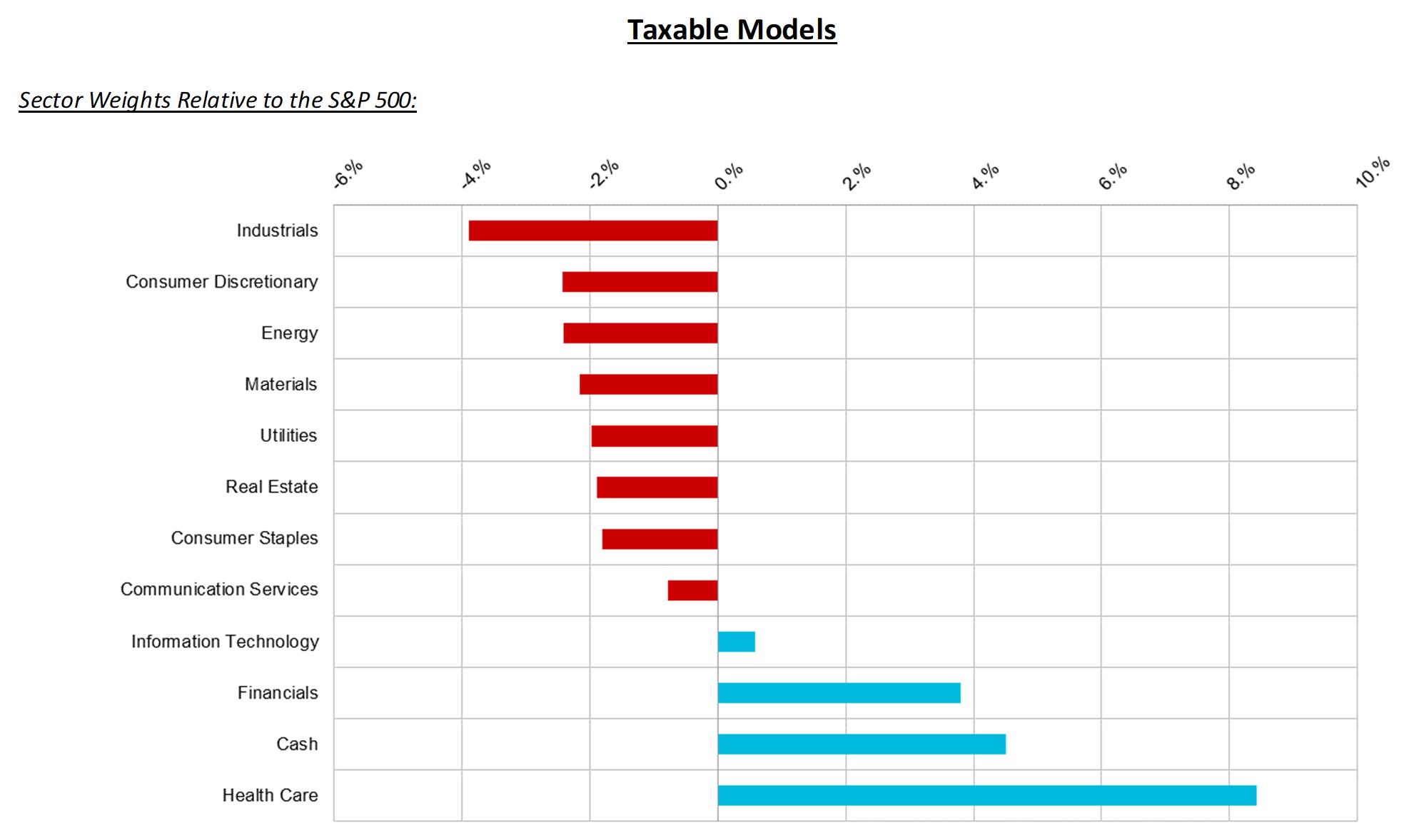 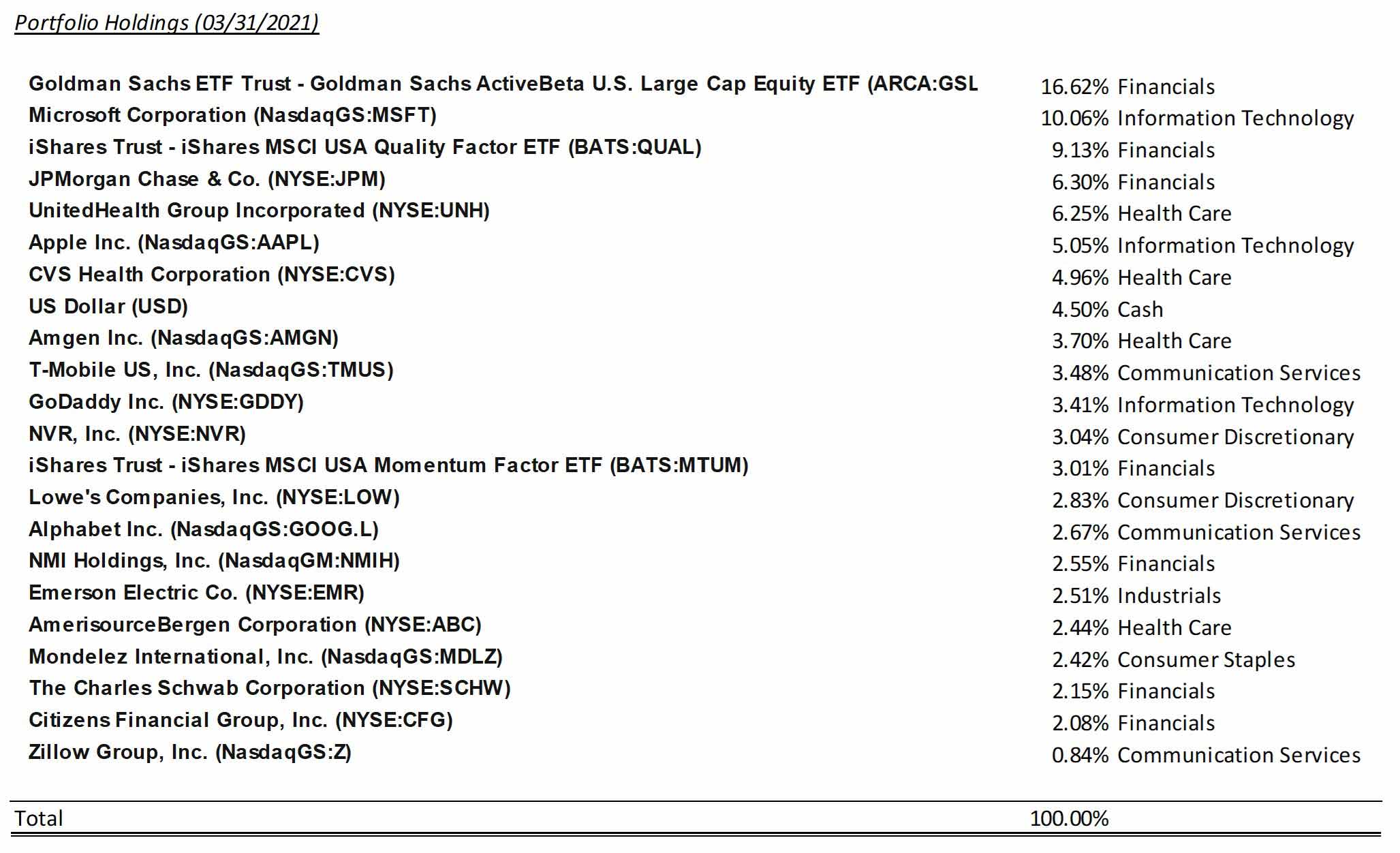 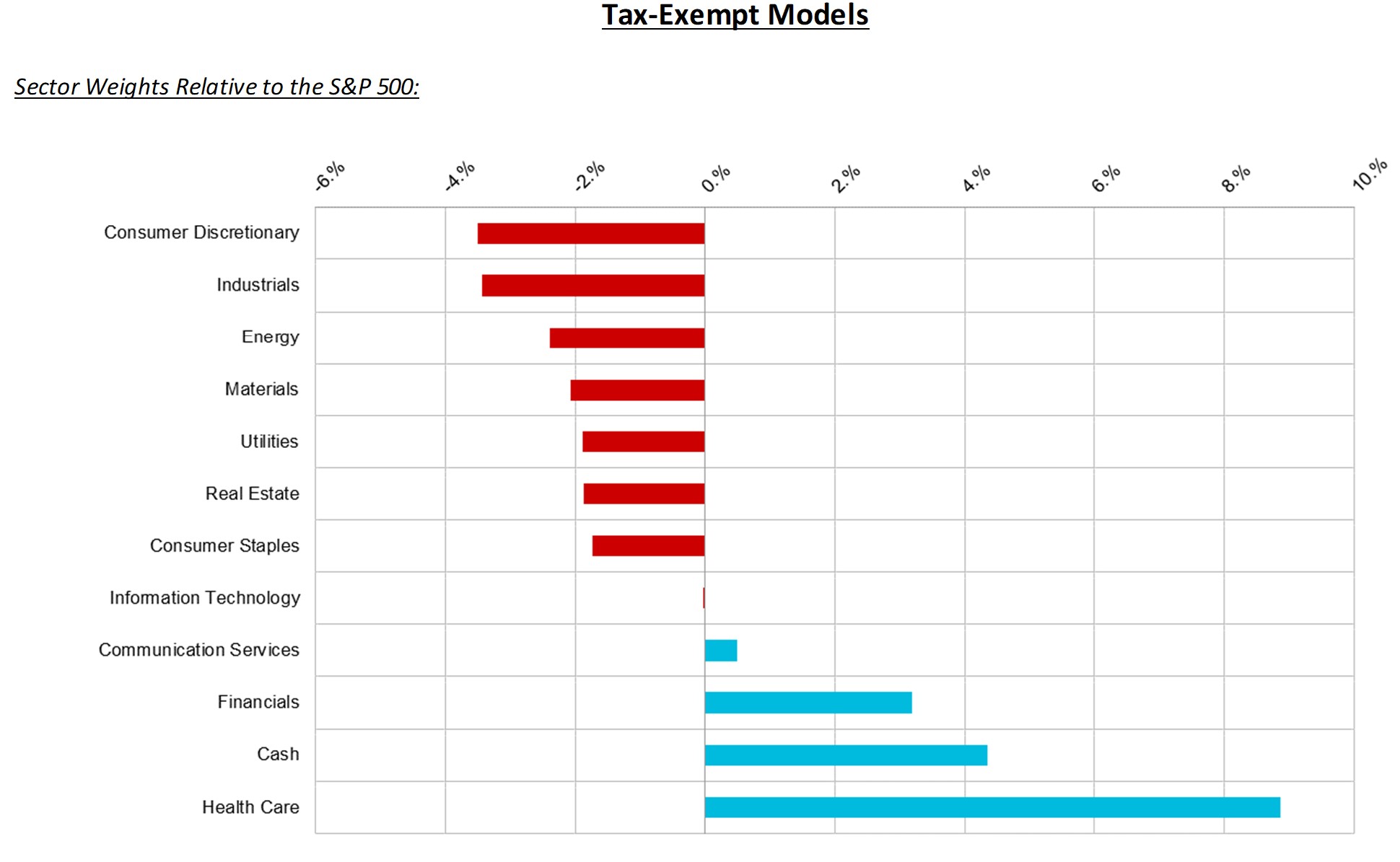 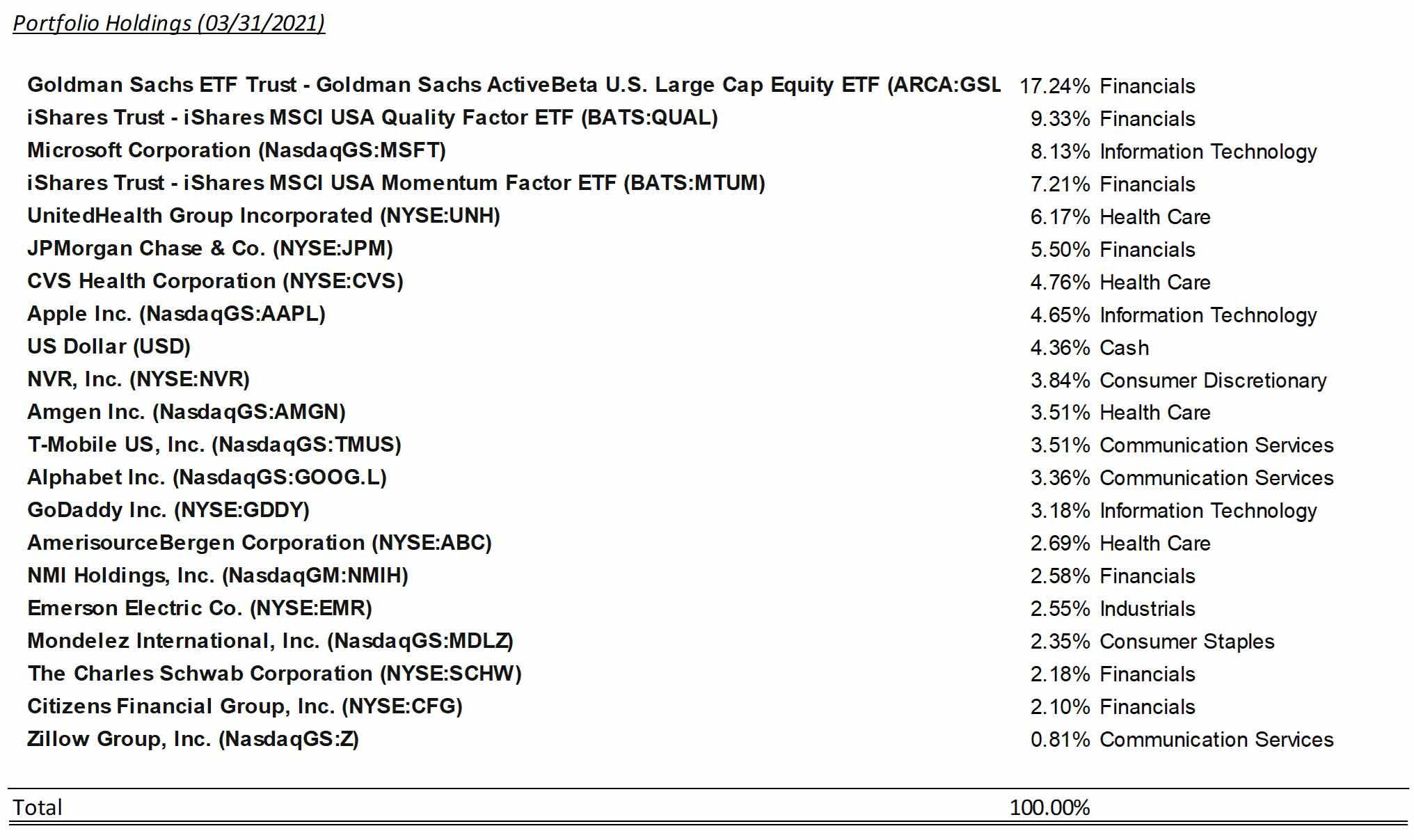