The S&P 500 advanced 2.8% during February, outpacing its international counterparts, and greatly outperforming bonds, which were negative. Value trounced benchmarks this month, quality outperformed, and momentum and minimum volatility lagged. Energy returned 24% last month, Financials 11% and Industrials 7%. Sector laggards during February were Utilities, Healthcare and Consumer Staples, which fell 6%, 2%, and 1%, respectively.

Lincoln Capital’s tax-exempt model underperformed its benchmark for the month. Our sector positioning was a headwind given our biggest overweight is Healthcare and our biggest underweight is Industrials. The top contributors to performance this month were Citizens Financial Group, JPMorgan and Emerson Electric, which gained 20.4%, 14.4% and 8.9%, respectively. Detractors included CVS Health, Amgen, and Mondelez, which declined 4.9%, 6.1%, and 4.1%, respectively. The individual stock performances aligned well with their respective sectors. Banks performed exceptionally well as the 10-year treasury entered the month at 1.11% and exited at 1.44% – this development, if it holds, will bolster future profits at the banks.

Unitedhealth Group Incorporated (UNH) – Our only trade this month was boosting our position in UNH. Longer-term, we like UNH’s competitive positioning as we believe the company has one of the best chances to lower costs and improve outcomes for patients and payors. The company is furthest along with vertical integration. UNH assets include primary care, ambulatory surgery, and urgent care in addition to its employer, individual, Medicare, and Medicaid plans. This level of integration should help UNH shift its members’ healthcare usage in the most cost-effective manner. Optum Care is going even further by bearing risk of its patient’s healthcare needs in exchange for a per member per month fee – essentially shifting the provider economics to optimize for cost/quality considerations instead of volume (fee for service). With its history of double-digit earnings growth, a promising future, and a below market valuation, we think UNH is a compelling investment today. 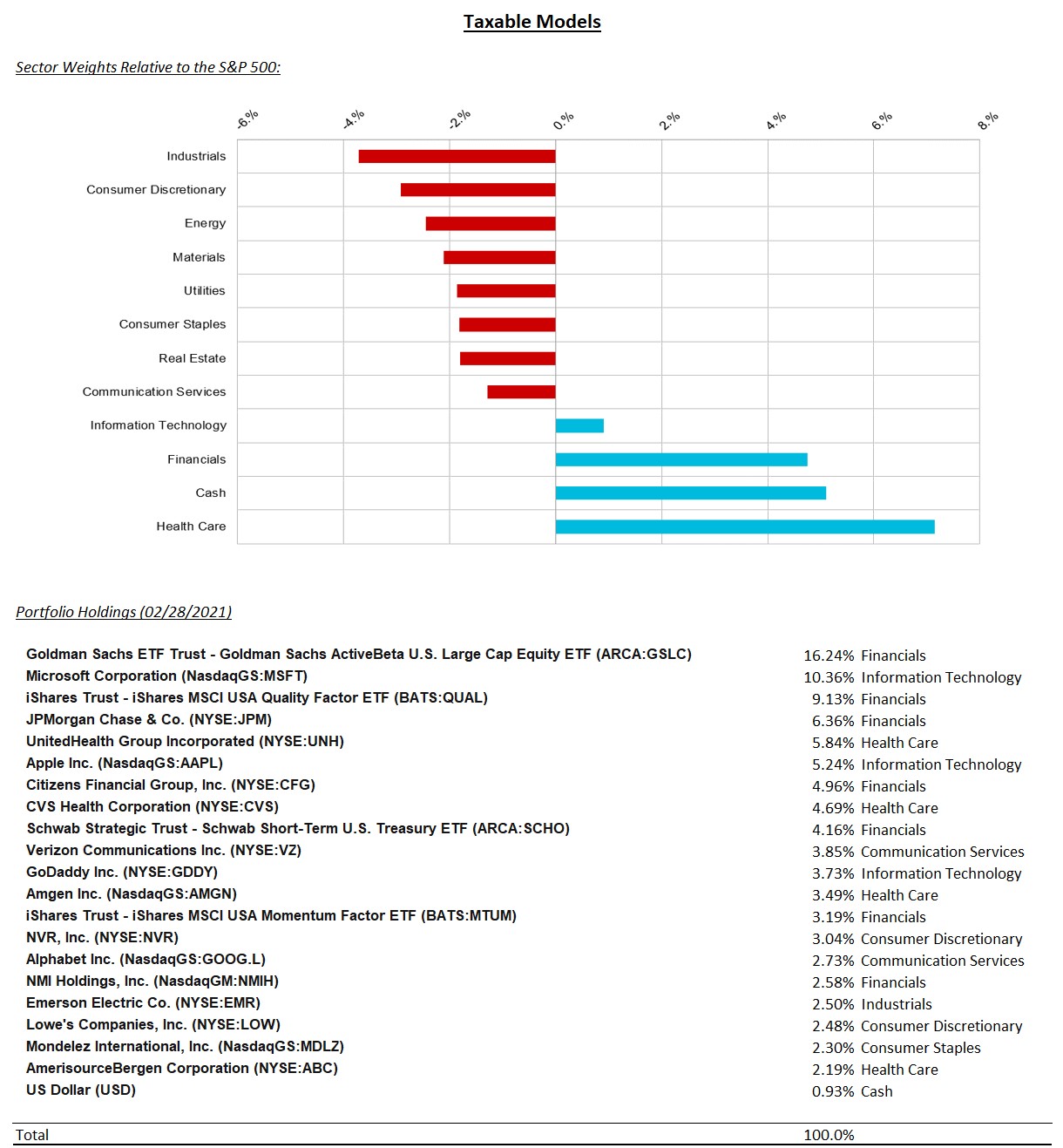 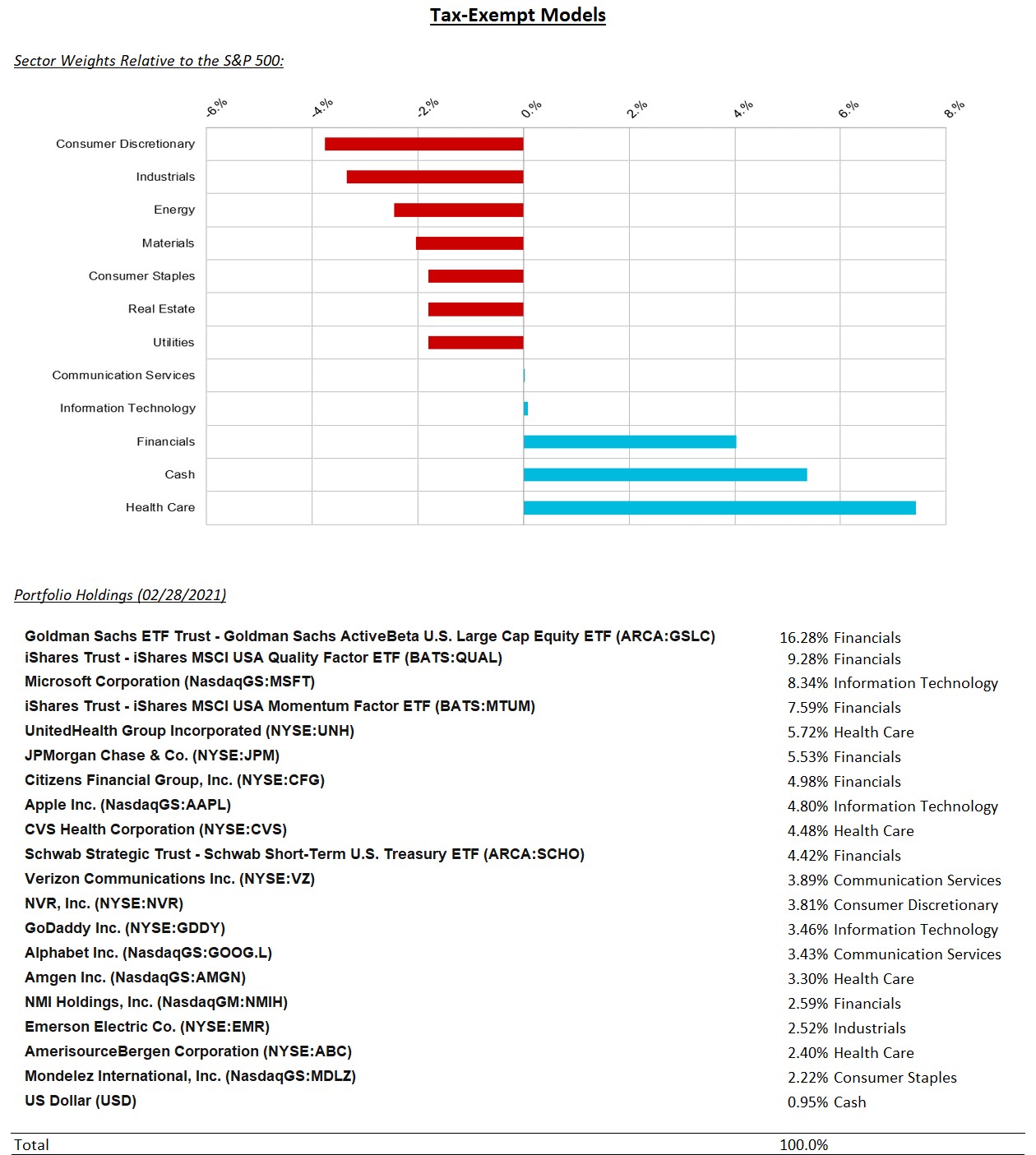