This month equities continued to post strong returns, with the S&P 500 posting a return of 4.8%.  Global equities trailed the U.S., with international developed and international emerging posting returns of 4.4%, and 0.8%, respectively.  Through the end of May, the S&P 500 is up 36.6% from its March 23rd low, and less than 10% off of its all-time high.

Momentum and quality stocks did best this month, while value and low volatility lagged.  Despite underperforming during the month, value has staged a come back in recent weeks.  We believe this is a short-term recalibration rather than an enduring shift in leadership, but we will be watching closely.  Information technology, materials, and communication services were the top performing sectors this month, all registering gains above 6%.  The sector laggards were consumer staples, energy, and real estate.

Lincoln Capital’s tax-exempt stock model performed in line with the S&P 500 this month.  Biggest contributors to performance were Lowe’s, Zebra Technologies, and Citizens, which posted returns of 24.4%, 13.8%, and 7.6%, respectively.  As Lowe’s earnings release came into focus, data points from competitors, vendors, and suppliers suggested that instead of being disrupted by the virus, their business was actually boosted.  Comparable store sales increased 11.2% during the quarter, and expenses were well maintained.  We are currently kicking ourselves for trimming the position in early April.  Zebra reported a strong first quarter in late April and momentum has continued into May.  Though the company will be negatively impacted this year as its supply chain is reworked and key customer segments are under pressure, the upcoming USPS contract for mobile computers should help carry the company to the other side of the pandemic.  Top detractors this month were Amgen, Verizon, and Mondelez, all of which were impacted by a mild rotation out of defensive equities.

Citizens Financial Group, Inc. (CFG) – We added to our position in Citizens around $20.50, a significant discount to tangible book value ($31.97 as of Q1).  It is well known that banks are struggling in this environment, interest rates are declining pressuring margins, and losses are rising requiring higher provisioning.  However, we believe the market is too pessimistic when pricing bank shares, and in particular CFG.  Losses may push EPS negative this year, but looking at year-end 2021, we expect tangible book value per share to be higher than it is today.  Assuming this view plays out, which we think is probable, then a historical multiple of tangible book (>1.2x) is realistic.  As the market warms up to this view, we expect CFG shares will perform well. 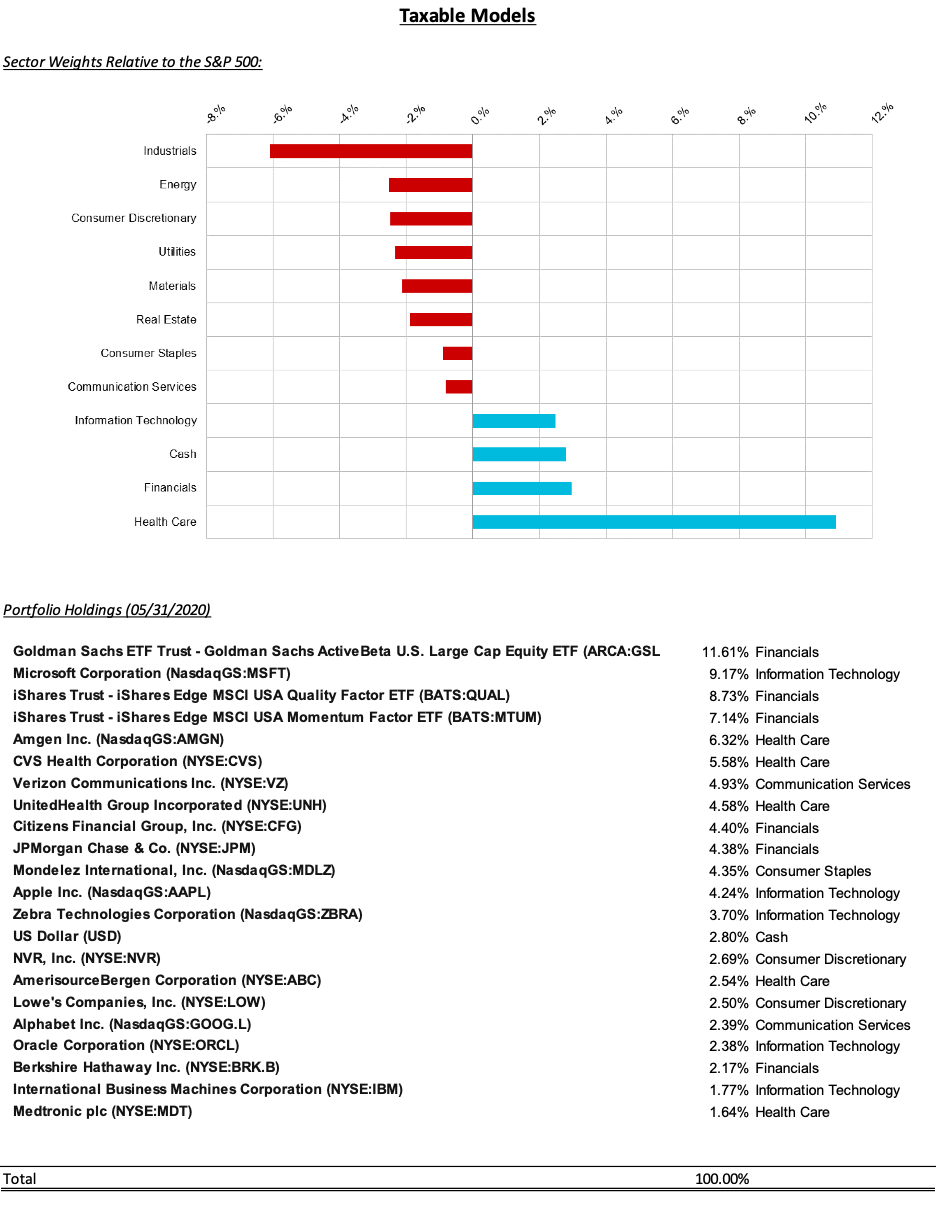 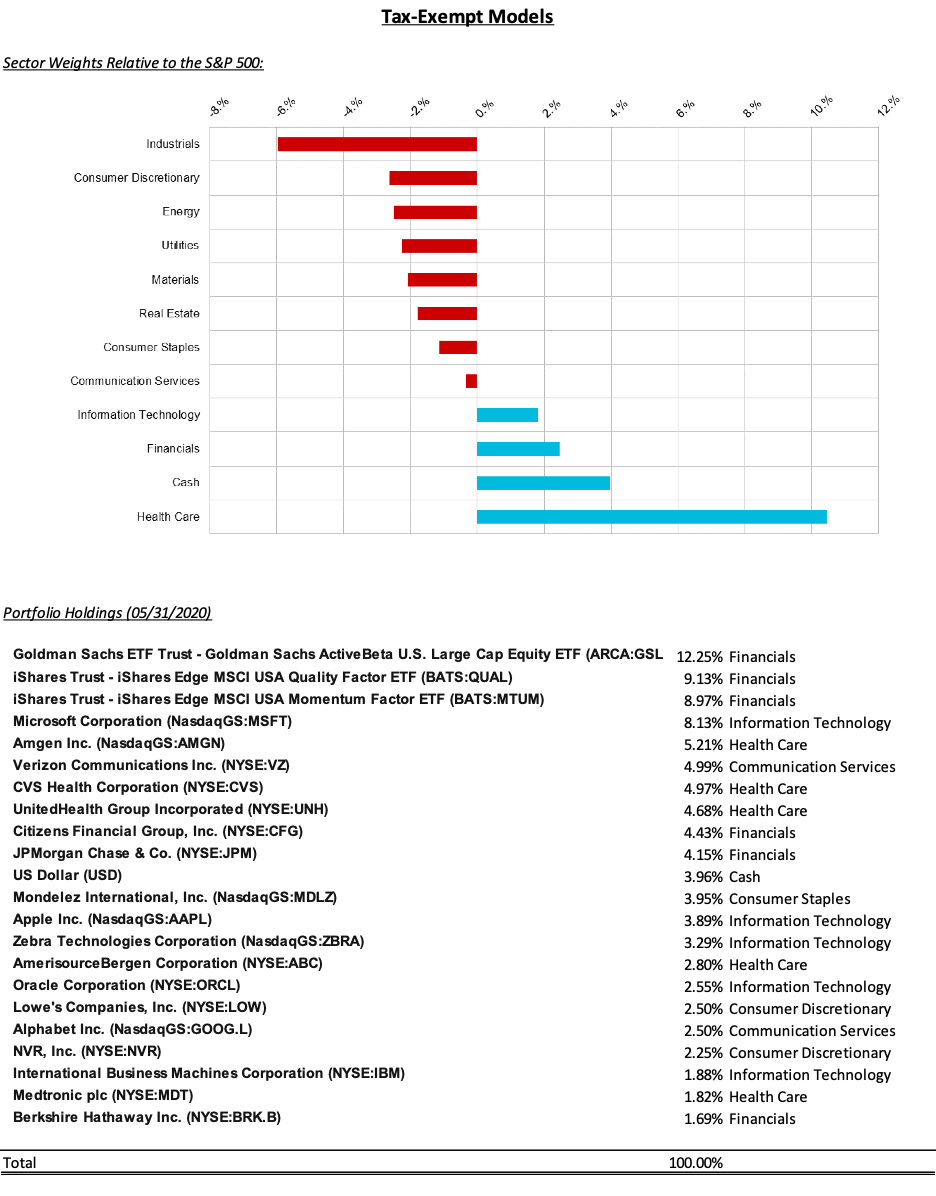